I Dislike Your Scuffed Balls 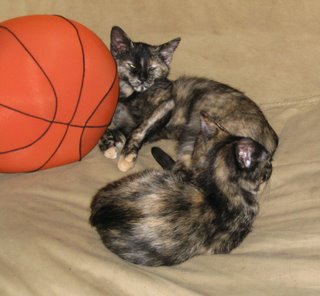 Army Monitors Soldiers' Blogs About Sports
Associated Press Parody | October 30, 2006
RICHMOND, Virginia - From the front lines of Iraq and Afghanistan to back in the United States, Soldiers blogging about sports are under the watchful eye of some of their own.

A Virginia-based operation, the Army Web Risk Assessment Cell, monitors official and unofficial blogs and other Web sites. The team scans for official documents, personal contact information and pictures of weapons or entrances to camps and hilarious and insulting commentary on the world of sports, with such trashy websites as I Dislike Your Favorite Team and Trannygrannywaterpolo.com.

Replay of 2004 Elections Inevitable, Says Psychic Badcock
This is the shit that's being written, a week before the election:
"Two days ago, Kerry stirred controversy when he told a group of California students that individuals who don't study hard and do their homework would likely "get stuck in Iraq." Aides said the senator had mistakenly dropped one word from his prepared remarks, which was originally written to say "you end up getting us stuck in a war in Iraq." In that context, they said, it was clear Kerry was referring to Bush, not to the troops."

Fucking Bullshit You Douchebag! Stand up for something! You deserve post-natal induced miscarraigation!
It's a real shame that when we urge each other to vote this year, these are the twat-options we've got. Nevertheless, get out and vote the fuck out of yourself.

My name is Badcock and I approve this message.
Posted by Andrew Wice at 11:09 PM

It should be pointed out that neither Bush or Kerry are actually running this year, which makes this particular "controversy" all the more stupid. Especially fun was Tony Snow pretending to be not understand where that "us" could possibly fit it to make that sentence work. Frankly, without that "us" the one sentence is a little unclear, but in the greater Kerry Speech Environment, he was clearly making fun of Bush. Who would make fun of troops? Probably not a veteran. UH. But regardless, neither of those men are running. So indeed, do go out and vote, and remember, if you have a choice between a woman who lost both of her legs in Iraq, and a man who never served, but called her a "cut and run Democrat" you really only have one choice. Go Tammy Duckworth!

I live in Illinois Sixth district where Tammy Duckworth is running. The word on the street is good. She is being endorsed by all major publications, but we are the district that brought you 30 years of Henry Hyde, so... My hopes, they are not high.

These are the best minds we have? If you're running against the legless Duckworth can't you be a little sensitive and call her a cut-and-roll Democrat? How about a cut-and-shuffle-your-torso-around-like-Eddie-Murphy-at-the-begining-of-Trading Places Democrat?

She can't run anymore, duh. How about a little sensitivity for the cripples?

Sensitivity for the cripples? Priceless.