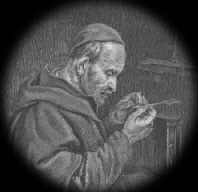 As I drained my bladder last night, I assumed a hands free position and raised my hands to my head… and saw a vision in the water below….

Who can defeat the Germans in Berlin? Only the US, Britain, and Russia combined. Despite the general consensus that their D is lacking they have three consecutive clean sheets, and will send Argentina packing.

England will finally come together as a team and Rooney will get his first world cup goal. Without Deco, Portugual’s offence stalls, and on goes England.

Just like in the US game, the heavy midfield will stifle the Italians, and their run into the box at a defender full steam and pray for a PK strategy will fail. I see yellows for the Italian strikers, and I see the yellow team advancing with a brilliant strike from Shevchenko..

I had an earlier vision of Barthez throwing the ball into his own net – that may happen in this match. However, the French will play on – who will be more creative in the midfield? Who will be offside more? Who is “cockier”? Who has gold shoes? Zindane!

Now if these events do not occur I must have been gazing into bizarro world, in which case the exact opposite of what I said will occur. Barthez will throw the ball away from his goal – imagine that!
Posted by Muumuuman at 11:42 AM

Take back your jinx of the English, you bastard. Take it back!

You're a jinxer! Hopefully you are right -- I'd love all of those results.