Ugh. What a dogpile. The conference equivalent of an Andy Sidaris film festival. Let's get it over with.

Arizona Cardinals: Kurt Warner would definitely be too old for this shit, if not for the bargain he made with the devil. Truly Faustian in nature, the devil guaranteed success in the NFL for Warner, if he agreed to marry the Devil's Sister. So we've got a supernatural aspect to our Buddy Cop Movie, which feels really tacked on. Because we've also got this whole Matt Leinert angle, the young up and coming slut-poker (hey Matty, could she even tell when you sent it in?) taking on the savvy veteran of Warner. So we've got a geniune sports movie cliche operating here. Matty has already shown shades of Nuke LaLoosh. But then again, I almost forgot we gotta add The Edge to this equation. Now, it's a buddy cop movie! Holy Crap! Kurt Warner as the grizzled old desk sergeant, or maybe that Morgan Freeman character he played in like 5 straight movies. Leinert as the young slut-poking cop. But I don't know if I see James as a cop. He may actually have to be the bad guy. The more I think about, this is going to be one dark movie. We've got elements of Satan (scary), Ron Shelton (scary again) and a menancing villian. I think what we have here is "7even". Imagine Edgerinn playing Kevin Spacey's character! Compelling shit! 9 stars! Maybe this conference won't be such a wash after all. 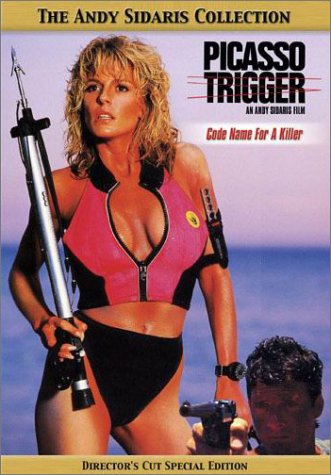 St. Louis Rams: Whoops. Spoke too soon. You can't have a compelling Buddy Cop movie with only one decent character. Stephen Jackson is all by himself out there. This has the makings of a gritty, existential film noir. They should start the season with Jackson floating face down in a pool. That's how bad it is going to be. Torry Holt is going to want his money back. Get in line, Torry! Absolutely no buddy cop here at all. 1 star.

San Francisco 49er's: To quote Kramer, "Don't look at me. I'm hideous." This is truly an Andy Sidaris movie, without the former Playboy bunnies, boobies, guns, or remote control helicopters, or even Travis Abilene. This won't even have the fun of watching a train wreck. You will feel bad every time you give up time and or money to watch these people, even when it is your own home team rolling over them. Can Frank Gore make this story a bit more compelling? Nope. 1 star.

Seattle Seahawks: Now, this has some decent plotlines available to us. I think Hasselbeck and Alexander would make a fine duo. Though I think this movie was better the last time around. Can they find compelling story lines that they haven't already done to death? Can they top last year's compelling blend of action and drama ? I don't see how. This is a treading water franchise like Lethal Weapon 3, or the soon to be made Rush Hour 3. These two have made magic together, but its just wearing a little old, you know? Still, when faced with the competition they have here, it seems like it would be wrong to not give them at least 6 stars.

Though I think we all know we'd rather see Hasselbeck going back to his homoerotic adventure series "The Seal-Man and Daddy Bear".