Zidane Did Not Lose the Game for France 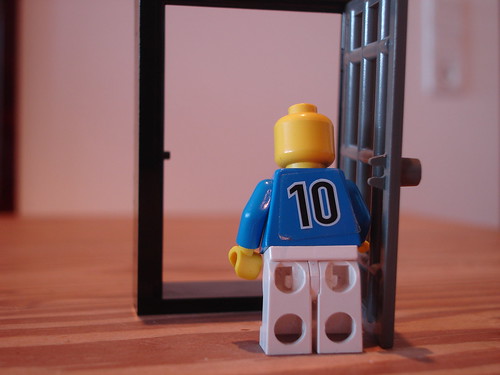 A lot of commentators are saying that Zidane lost the game for France. which I find to be a bit on the ridiculous side. Some ESPN types are also blaming the substitution of Henry, which seems equally ridiculous.

Henry wasn't able to move--he was cramping up ferociously, and if you are trying to win the game before PK's, he had to come off. HAD to.

Zidane fucked up, there's no disagreement anywhere there. But would he have scored again? Who knows? Is he a lock to make his Penalty Kick after 120 minutes of play--he almost missed the one he took in regulation. There's no such thing as a lock in the PK's. Ask Roberto Baggio.

I'd say in some ways, the most obviously target for wrath has so far gone unscathed, in part because of Zidane theatrics, and the fact that dumbasses like Jay Mariotta and Woody Paige are commenting on a game they know absolutely nothing about. And that person is David Trezeguet. He missed his PK--he was the only man to do so. He didn't get stopped--Buffon didn't make a remarkable save or anything. Trezeguet hit the crossbar. Unfortunately for him, unlike Zidane's shot, it didn't bounce inside the goal after the richocet. There's your difference in the game--where the ball hits the crossbar.

So maybe you can blame Trezeguet, or maybe you can blame the inconsistent crossbar. Or you can still blame Zidane, I guess. But I'd say missing the deciding PK is a more obvious factor in the loss than not being on the pitch at the end, no matter how dramatic the exit.


photo via here. Legos are becoming quite the social history medium.
Posted by Big Blue Monkey at 9:56 AM

Thank you, thank you, thank you. Zidane did not lose the game and honestly I think the headbutt is no big deal. So he got sent off -- so did 2,134 other players this world cup. There was obviously no intent to injure, unlike so many of those other fouls during the tourny. B.F.D.