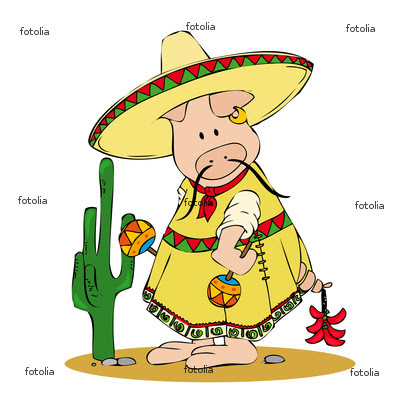 Not only did the Mexicans beat our Yanks 2-1 at Azteca on Wednesday, but apparently they also undertook a little biological warfare. America's best player, and surburbia's greatest name sake, Landon Donovan has tested positive for the fucking Swine Flu. The evil Tri's were not satisfied with the home friendly reffing, so they put a chicken or pig or something in Landon's bed.

If no other US players get sick, I have to believe that it was a targeted attack on the one guy who is nice enough to do interviews with the Mexican press...I guess he speaks Mexican. This revelation could really add some bang to the next match up. The Mexicans better be careful the next time they play here or they could end up contracting chlamydia, or herpes, or a meth addiction or something equally bad to the Swine Flu. To Landon, God's speed lil' buddy.
Posted by Miwacar at 6:37 AM