A federal appeals court ruling will allow defensive lineman Pat and Kevin Williams to play in 2009. The StarCaps scandal could have resulted in a 4-game suspension for the outstanding run-stuffers. Instead, the court issued an injunction prohibiting their suspension until the state trial -- which probably won't happen this year. A state trial favors the players, due to MN's hippie legislation. That's very good news for the Vikings, who'll need to maintain their dominant run defense because ...

Brett Favre is like a kid out there: selfish, immature, imaginative and solipsistic.

Favre should have been listed as "probable" after an MRI revealed his torn bicep. Favre has started 269 consecutive games, the record for a QB and only trails Jim Marshall's all-time record by one. In believing his own mythology, Favre has played through great pain in the past, sometimes to the detriment to his team. So a little knock on the ole gunslingin' arm wasn't going to halt his record. Favre will be on the field to keep the streak alive until his hip breaks. 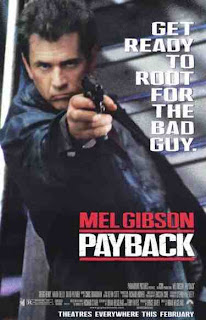 In his news conference, Favre blamed the Jets for forcing him to play. He got very wounded-yet-unbowed-warrior, like in any Mel Gibson movie. He even mournfully acknowledged that his play maybe wasn't his up to usual Greatest Player Ever stuff:

"When we finally did an MRI and found out I had a torn biceps last year, I felt like, with about four or five games left, that even though I was making some pretty good throws and some decent plays, I felt like I was doing the team more harm because I was missing on some throws."

Gosh. Well, he did the best he could playing hurt, can't blame him if the coaches made lead the team at all costs.

Favre may not know the word "disingenuous" but he embodies it.Oh, and "some pretty good throws and some decent plays" in the last 5 games? 2 TDs, 9 INTs.

Oh Minnesota: you could've been a contender. You could have been somebody. Instead ...
Posted by Andrew Wice at 1:34 PM