this division plays a difficult schedule 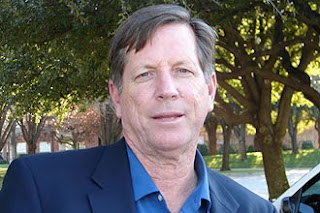 San Diego Chargers are still loaded with talented but burdened with a Nerfneck. They won their godawful division like peanuts rising to the top of diarrhea. They only beat one team with a winning record last year. That is fucking pathetic for a team with outrageous talent at the skill positions. As a leader, Nerfneck did what he does best – he blamed his coordinators. The pass-first offense is good for hitting big plays against the godawful AFC West, but against six 2008 playoff teams, it will flop. The defense was nothing special, especially vulnerable to the pass. Expecting the unit to bounce back, they failed to add any talent. Special teams are a strength. The window for the Chargers core is closing; they will drop dead in the playoffs. Fire Nerf Turner!

Oakland Raiders would have been more renowned for how bad they suck if not for Detroit’s season. If a year under former O-lineman coach Cable can improve pass protection, there’s a chance to not be dead last in passing. The running game is the only option; their trio of RBs put up respectable numbers. There is no indication that the QB and WRs will be anything better than raw. Run defense is non-existent, but they have young talent versus the pass. Special teams are a strength. The Raiders have a chance to rise in this division standings, even if they don’t improve.

Kansas Shitty Chiefs won’t be worse than they were last year. In cleaning house, the Chiefs gave away TE Gonzalez, their only threat in the passing game. The offense will benefit from the addition of fragile Cassel, but the sulky running game is about to fall on hard times. The line is left-handed and dangerously thin. The non-existent defense (they gave up fifty-four points to Buffalo) is switching to the 3-4 under a defensive coordinator who was fired by the Cardinals: uh-oh. Veteran LB additions will help against the run but won’t multiply the league-lowest sack total. The DBs are all recent draft picks; they could get burned less often this year. This is still the youngest team in the league. There’s reason to believe the Chiefs are pointed in the right direction, but they will definitely suck in 2009. 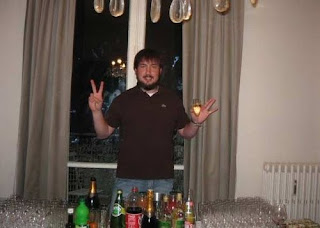 Denver Broncos are headed for the BIG SUCK. Their ownership detonated the team unnecessarily and green coach McDaniels finished off what talent this team had left. The passing game won’t exist. The running game is depending on an untested rookie. The O-line is a strength, but won’t have many opportunities to influence games. The Denver defense is changing to a 3-4 under second-rate Mike Nolan. They don’t have the personnel to run a 3-4 and will allow more points than last year, when they were 30th in the league. Special teams have trouble with consistency. The Broncos will be the worst team in the AFC, if not the league.

I agree with your assessments, for the most part, but Tony Gonzalez wasn't the ONLY receiver for KC--a young phenom named Dwayne Bowe springs to mind. Now, he is the ONLY receiver they have (unless you count Mark Bradley, which I don't, or Amani Toomer, which the Chiefs don't, as they cut him).

But still, Bowe deserved a mention, as he is maybe the best receiver in this piss poor division.

I suppose he sorta deserves mention, although Eddie Royal, Chris Chambers, Antonio Gates, V. Jackson are better in my mind ... and didn't receive any direct mention.

It's about the team not the individuals -- save that for phantasm football.