This early in the NFL season, analysis is premature.  Therapy isn't worth discussing until at least week 4.  But let's just say that Professor Badcock has couches ready for a few teams.

The DC Skins have the oldest team in the league and are tied with the Browns at 31st for points scored.

Buffaloaf, which ranks 31st vs. the pass, will be without both starting cornerbacks against the Saints, lords of the best offense in the league.

I would be remiss if I didn't mention that the 2-0 Baltimore Ravens are allowing many more points than usual, but have scored sixty-nine points in two games (2nd in the NFL).  Their rival Steelers are having trouble on both sides of the ball.  All eyes should be on their November 29th confrontation.

There are several Games of Curiosity this weekend, worth keeping your satellite eye upon.


Whippernappers Versus Geezers
2-0 Atlanta Falcons at 1-1 New England Patriots:  While the Falcons are making the steady, consistent improvements that eventually win Superbowls, the Patriots are guilty of some startling lapses.  The Patriots offense isn't running well and QB Brady is clearly aware of his knee:  they average 5.9 yards per completion, one of the lowest in the league.  Their kick coverage is also terrible, a factor in their loss to the Jets.  Most surprisingly, they are one of the most penalized teams in the NFL.

The Atlanta defense is playing well, but need to improve on third downs.  The Atlanta offense is moving the ball and scoring points, but the running isn't so potent (3.4 ypr, 1 TD).  QB Ryan is throwing a lot of TDs, and this team is impossible to cover in the red zone.  This is a classic tale: young, unproven and embattled ewoks challenge the oppressive status quo.  Note to Matt Ryan:  if coach Belicheat tells you that he's your father, don't believe him. 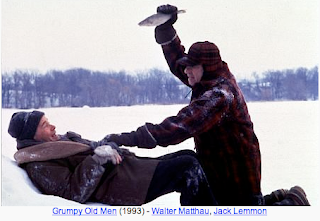 0-2 Tennessee Titans at 2-0 New York Jets:  Just how good are the Jets, and how bad are the Titans?  Mayhaps this game will put a fine point on  that question.  Both teams feature strong running attacks, although the Jets offense leans on it heavier.  Neither passing offense is putting up a ton of yards, but in the inspired-youth versus experienced-veteran, the ceiling is much higher for QB Clean Sanchez.

The Jets defense is solid; they stuff the run, get to the QB and attack the ball.  The Titans defense is very stout against the run but have proven hyperpermeable against the pass.  They currently give up the most yards in the NFL, and are allowing 70% completions.  The hidden factor is the excellent kickoff return team for the Jets:  in a ball-control game, field position could make the difference.

2-0 San Francisco 49ers at 2-0 Minnesota Vikings:  When the teams played in 2007, RB Peterson had the worst game of his career.  However, the Vikes had another back that afternoon and RB Taylor romped 101 yards on 8 carries.  The 49ers defense is improving, particularly against the run (now ranked 3rd).  It is beginning to look like the team believes in Singletary, and vice versa.  QB Hill is kept on a very short leash, so they need the lead early.

The Vikings defense is improved against the pass and is getting to the QB.  However, they've been gashed by inferior running teams and seem to have lost intensity at the point of attack.  The Vikings offense is centered on their dynamic, explosive RB.   Coaches have done a good job of not over-working him thusfar, but minor injuries are already mounting.  Favre is also kept on a short leash.  The Vikings have to break their habit of falling behind early.  The running game features in a game which could have long-term repercussions.
Posted by Andrew Wice at 1:00 PM

Email ThisBlogThis!Share to TwitterShare to FacebookShare to Pinterest
Labels: 2009 nfl