Professor Badcock's fortunes dwindled rapidly in 2008, as he over-leveraged his market share in NFL predictions in the plummeting economy. His losses in pumpkin futures after the November 1st Pumpkin Crash left him without the capital to run his fabulously expensive and complicated Fabulously Sublime NFL Holistic Prognosticator, the Hyperbolic Highly-Speculative NFL Forecast Machine , or the Giant Licorice Amalgamatron Numbers Differientiator. 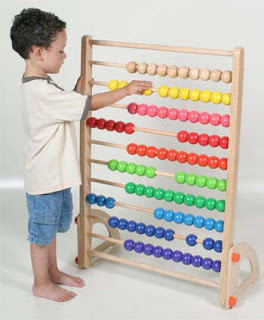 With only a stale bag of cheerios for fuel, the Pre-Viewer is fully operational. And so safe, a non-union ethnic operator doesn't even need to wear shoes. Good job, #22436-J6!

Just as a test of its powers, let's take a first glance at the upcoming season and the prospects of some favorite IDYFT teams as NFL training camps begin. Next up will be in-putting training camp and preseason data. This will allow an Auto-Accurate Conference Pre-View. All this pre-viewing should come in handy for this season's IDYFT Pick'em, featuring more marvelous as-yet-undetermined prizes. God bless us, one and all: football is back.

Green Bay Packers
In position to win the dreadful NFC North by default, the Packers have stability at a handful of key positions. They are relying on miraculous rookie contributions in other areas. But changing to a 3-4 alignment could delay progress for the soft defense. They have a pathetic easy-cheese schedule, as befits the NFC Norse. Prediction: 8-8

Offense: QB Rodgers showed promise and chemistry with WRs Driver and Jennings. However, Rodgers played poorly in 4th quarters. The running game was lame; they're relying on injury-prone RB Grant again. The line is in upheaval and will take time to jell - and there's no guarantee they will.

Special Teams: The Packers are poor in kickoffs, kick returns, punts and field goals. The only bright spot is the 6th-ranked punt return unit. 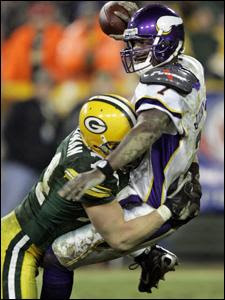 Defense: Decent against the pass but terrible against the run, the Packers decided to start over with a new alignment. It is a better fit for their personnel up front. The lineman won't make many plays but could free up Kampman (now an OLB) and the other LBs to make some tackles. They have a talented secondary that spends too much time supporting the run.

Minnesota Vikings
This is a team without a rudder. Begging after Favre made them look pathetic and sets them up for swapping ineffective, 3rd-string caliber QBs. Last year they won the division by default; if they can somehow pass the ball, they should edge the Packers and Bears. Their easy schedule has a hump in the middle to get through. Prediction: 9-7

Offense: RB Peterson, the NFL's leading rusher in 2008, is a great player. The Vikes need to involve him in the passing game more, and give more carries to backup Taylor, to spare Peterson from another 363-carry season. The passing game is poor; WR Berrian has great talent but disappears ... an average of over 20 yards per catch but less than fifty catches. If the Vikes have to throw 25 passes in a game they will lose.

Defense: Just as lopsided as the offense, ranking #1 versus the run and #18 in passing. The outcome of the Williams's lawsuit regarding their suspension will have a heavy impact on the line's effectiveness. The Vikings are excellent against the run and a bit better against the pass than the numbers indicate; they faced 53o attempts last year and produced 45 sacks. However, with that many chances they need more than 12 INTs. 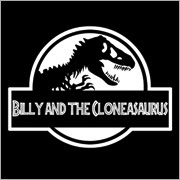 Rebuilding isn't quite the word. It's more like trying to breed dinosaurs using advanced cloning techniques, as in "Billy and the Cloneasaurus." The Millen era is over but the effects will linger ... just look at that offensive line. Better yet, don't. The Lions have a harder schedule than the rest of the division because they don't get to play against themselves. Prediction: 4-12

Offense: The rookie Stafford or the tiny-handed veteran Culpepper? Either way, the only pass-catcher is WR Calvin Johnson. Second-year RB Smith has potential but no depth behind him. The line, like the rest of the division, is in transition, although in Detroit's case it looks like poo transitioning to diarrhea. No reason to expect they'll give up less than 52 sacks again.

Special Teams: Coverage units were decent, K Hanson was excellent. They are looking for kick returners. Probably the best of Detroit's three teams.

Defense: The new coaches will address a defense ranked dead last two years in a row, and nearly gave up the most points in NFL history last year. The line is old and weak; the secondary is relying on gambling CB Buchanon to help a unit that only intercepted one pass in 2008. Linebacker is suddenly a strength with the acquisition of Larry Foote and Julian Peterson.

Can't disagree with most of what you say, except that you seem to suggest that both the Packers and the Vikings will win the Division, which is clearly impossible.

I think the Vikes have the edge, but this dreadful division is a toss-up for who gets to go to the playoffs and lose immediately. The Bears will be in play but have no WRs, a makeover O line and are overhauling their D.

Don't forget that meatball Dr. Z predicted the Vikes to win the Superbowl last year. What an ass.
People are saying they're just a QB away from the big game again, which is clearly bogus.

I second what the blue primate said. Good stuff.