Coverage: A-
Punt and Kickoff coverage remain elite, which is why Coach Smith was retained. I expect them to remain at the top of their game.

Returns: C-
This is a complete unknown, as Washington hasn’t decided on a KR or PR. These positions have been considered after-thoughts, and it shows. Returns were just awful last year, regardless of who received the ball.

Kicking: D+
Neither the P or K positions have been determined. Once again, Washington will invite a carnival of castoffs to try out. 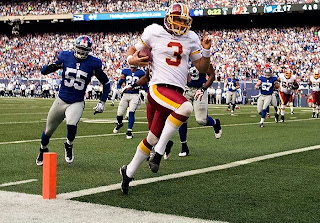 This unit was responsible for Washington’s two best plays last year, both fakes that went for touchdowns. The player who made those plays is no longer with the team.

Better than that would be some consistency in the kicking game and in returns. A commitment to this unit is a necessity, because this football team isn’t strong enough to overcome poor special teams play.