The MLB is juiced. The NBA is fixed. The NHL is boring. The Soccer is homo. Where can a professional sports fan find sanctuary?

Ah yes, the National Football League. In contrast to the others, the NFL has the most comprehensive drug testing program, the most intellectually stimulating yet physically exciting action, with no lil' sissy girls or Frenchies are allowed. And no sport scrutinizes their referees as much as the NFL does. 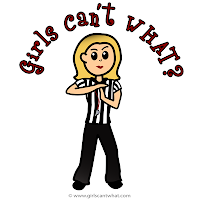 It would be nearly impossible for gamblers to control games through the referees because of the league's intense, weekly evaluation of every single play in every single game. But I was unaware to what degree the NFL juggles a referee's assignments to keep the meritocratic contest beyond suspicion, like Caesar's wife.

Consider Mike Carey, the first black referee in the Superbowl. You know what was more surprising? That Mike Carey was working a game being coached by Tom Coughlin.

Following a 2001 MNF Jaguars-Packers game, Coughlin bitterly blamed the zebras for the loss. And the NFL acknowledged the officiating errors (in contrast to the NBA, which has issued fines up to $500,000 for criticism of their felonious, crooked, dirty, lowdown, lying, malfeasant, ripoff, cheating, gambling, on-the-take referees).

Mike Carey had no assignments involving Jacksonville or Coughlin until 2006. That's seventy-one games, with 142 participating teams, skipping only Jax & Cough.

ESPN.COM deserves credit for crunching an absurd amount of data; the full story is more nuanced than this post (no, really!) and the list of game officials kept separate from certain teams raised my fancy eyebrow. But here are some highlights:

Ed "Big Guns" Hochuli has not worked a Denver Broncos game since 2000. He has worked every other team in the NFL at least three times, and has averaged more than seven appearances for every team besides Denver during this period.

Walt "Wiggy" Coleman did not work a Vikings game between 2002 and 2006. The league admitted to nine officiating errors in the 26-22 Packers victory. That was the postgame wherein Chris Hovan tried to molest Brett Favre in the tunnel because "he's like a kid in there."

Walt "Why Is That Name Familiar?" Coleman has not worked a Raiders game since the 2001 season. For some reason, the NFL wants to keep him away from Raiders fans. Can you remember, Raiders fans, through your fog of malt liquor and glue fumes? If you're playing along at home, say it with me: Tuck Rule. 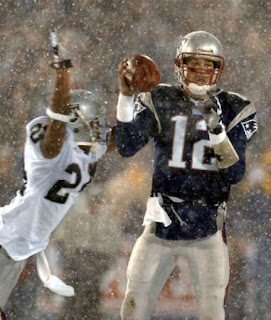