Favre: "I got the itch." And other anecdotes.

Gross. Rumors that Brett Favre is reconsidering his retirement have been beneath the dignity of this site. But they are still swarming, with speculation that he could end up on another team. He will do more damage to his legacy than Chris Penn at an all-you-can-eat crabcake buffet, but the hype alone could send a dirigible across the Pacific. It's a bit close to training camp for this sort of nonsense, Brett. Go make another Wrangler ad if you want to toss the ol' pigskin around like a kid out there. Use your linebacker's mentality to teach kids to read. Do anything besides strapping on the ol' hard hat for Tampa Bay or Houston. Here's some other nonsense, as we wait for training camps to open in a couple weeks. 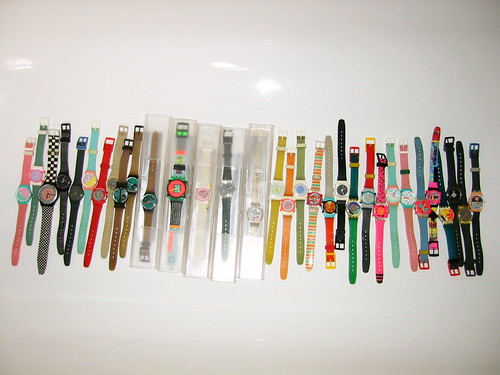 In other post-Packers news, Raiders WR Javon Walker is recovering from the concussion he sustained while being robbed in Las Vegas. The two suspects have been arrested, but there is no word on Walker's reported $100,000 worth of jewelry. Damn. That must have been a whole armload of Swatches.

In the NFL's continued pursuit of Belichick Arnold's nefarious cache of tapes, they have created a Director of Strategic Security. The former top cop in Pennsylvania has been named to the position. It is probably only a coincidence that Senator Specter, the loudest of Spygate's hagiographers, is from Pennsylvania. The position will also focus on fan behavior. I think they're looking at you, Raiders fans.

Although imprisoned QB Michael Vick isn't scheduled for release until October of 2009, he may enjoy the ignominy of being legally bankrupt. He owes between $10 and $50 million (nice spread -- doesn't he balance his checkbook?) and his assets have been stripped away from him like so many Indian blankets. Still, this is the first step in Vick's avowal to "rebuild his life on a personal and spiritual level, resurrect his image as a public figure, and resolve matters with the NFL such that he can resume his career," according to the bankruptcy filing.

The rich are very different from you or me. The Rooney family, which has owned the 5-time World Champion Pittsburgh Steelers since 1933 (for $2,500 and two pickets out of Titsburgh), might lose majority shares. The 91st richest man in the country wants to take advantage of the fact that Pittsburgh's Royal Family (ahem) is tearing apart. The fact that much of the Rooney fortune is tied up in gambling, including "forms of gaming that are inconsistent with NFL gambling policy" according to the NFL.com story, adds burning hot lava to the delicate situation. 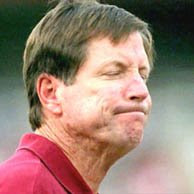 In happier news, Chiefs TE Tony Gonzalez saved a choking Chargers fan's life in a restaurant. Apparently he always keeps a photo of Nerf Turner with him, just in case he needs to induce gagging. Gross!
Posted by Andrew Wice at 10:06 PM

You need a show. Does PRI produce a sport's show?

Let me see - Brett Favre would hurt the packers? It's a hard decision to keep him or not? What, GB doesn't want more sales of number 4? GB hates those good TV ratings? Green Bay would rather use an untested QB? Green Bay thinks making to the NFC champ game was a poor performance?

and what, 13-3 was a bad record? Maybe the Colts should release Payton Manning after his horrible 13-3 record - and he didn't even make it to the AFC champ game.

Last week at the gym, I was watching NFL Live or whatever it's called, and someone said, "Farve just retired in March. Who would have thought we'd be here in July talking about him unretiring?"

Uh, me? I knew that fucker would pull this shit.

I wanted to write some curse-filled post on my own blog about it, but talking about him only gives him the attention he so desperately, desperately craves. He must not be getting the adulation he needs at home, so he has to act out in public like a bad little kid. And now we all have to suffer. Damn you, Favre!

Now, back to ignoring him as best I can.

It's like that fourth time the Community Playhouse Players come out for the applause and there's no one left in the theater except for rustling mimeographed playbills.