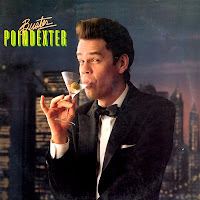 The Pick 'em is turning into a wild hot tub party! Jump into the fleshy stew and win either a To The Last Drop t-shirt in your size or an exclusive shiatsu massage and rolfing session from Buster Poindexter himself!

Once again the "Shoe-In" provides some major boofs, this time to Mmman and Jess. I originally picked the Patriots to beat Miami but I saw that Maroney and Jordan were out. As it was, the Giants barely beat Cincy. In fact, this week's Shoe-ins (Giants and Buffaloafs) won by a total of four points ... while the Pats lost by 25, which nobody in the world had the balls hot enough to predict.

As you can see, there's a lot of turbulence. With Professor Badcock's negative scoring capability, the entire world is still eligible to join in the excitement. Speaking of negative scoring, part of what earned MMMan an unprecedented 0/4 was putting all of one's eggs in one's one basket. Of course if he had been right, he'd be on top of the pops right now. Remember the lesson of Spliffs and Bladders (patent pending): "He that is first shall later be last."

This Week's Picks
1. Your Shoe-In? careful now, it's +3 if you're right but -7 if you're wrong
2. This Week's Underdog List:
Texans, Raiders, Rams, Washington, Chiefs
3. Your Favorite/Disliked Team?
4. Clash of the Titans: Baltimore Ravens at Pittsburgh Steelers
Posted by Andrew Wice at 10:51 PM

Ouch. Well I've got a hard comeback with dallas and detroit as my disliked/liked teams.

I don't know what you're talking about. Read the standings again.

Jess, I understand that you can't nail down your favorite team. It's an important decision. You are welcome to pick Jacksonville this week. But you should only have one most disliked team.

Think of it this way: which team would piss you off the most if they won the Superbowl?

Detroit is still a nice pick for most hated: just imagine Kitna's little rat face on Jimmy Kimmel's show, talking about his Superbowl MVP award, or the backlash justification of everything Matt Millen did.

My word, I am really starting to dislike those Lions myself.

I knew I wouldn't get away with playing fast and loose with the favorite/disliked team category.

Alas, I can't pick the Lions and Kitna's horribly, horribly ugly face this week. So, in that case, I shall choose the Jets because I hate Brett Favre SO. FUCKING. MUCH.

Jess really does hate Brett Favre that much. Which is a shame. They have so much in common.

Oops I need to make my picks. I thought I had done that already.

You're so cruel, Big Blue Monkey.

But I guess at least you didn't call me Sarah Palin. Again.