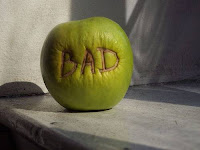 A trade between Washington and Detroit for DT Haynesworth is dead. The trade could have been the best-case scenario for both DC and the Hayensworth, who will be parting ways regardless.

The Lions, in the midst of one of the worst runs in pro football history, could have bolstered their 4-3 defense and put the 360 pound Haynesworth next to their #2 overrall DT Ndamukong Suh. The fact is, the Lions recognized that Haynesworth is clearly a bad apple. A massive, pocket-crushing yet wormy and mealy apple.

A "source" is quoted in this NFL.com article as explaining: "Even though Suh is his own man, we don't want any negative influences around him."

When the Lions are making more thoughtful personnel decisions than one's own favorite team, it's a tough Wednesday.
Posted by Andrew Wice at 11:49 AM

Listen Chang, you need to make your criticism more constructive.

Sorry about that. I went all foreign script for a second, possibly out of frustration over Albert.

Hey, the Lions may be bad, but they're no Pittsburgh Pirates.

Lions are improving, but damn slowly. The middle of their defense is ok, but the rest? Poo.