Having endured the insults and injuries of playing for one of pro football's worst-managed teams, QB Jason Campbell was shipped off to the only team with a more self-destructive front office: the Oakland Raiders. 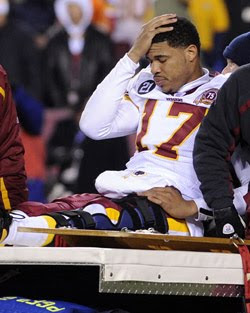 That is both cruel and unusal, QED:

It's a great deal for the Raiders, who can now start a talented and movitated quarterback. Campbell will surely be the best at the position since MVP Rich Gannon led them to a Superbowl loss. Since then, the Raiders record has been 29-83 and poor quarterback play was a significant factor.

What did the Raiders give up for this former #1 pick, aged twenty-nine, who has improved statistically every year? Only a 4th round pick in the 2012 draft. That is to say, absolutely nothing.

Campbell has endured criticism for a lack of bellyfire, awareness and decisiveness under pressure. He failed to bring Washington back in the 4th quarter, and never produced a signature win. However, the losses he commanded were the fault of terrible team management. 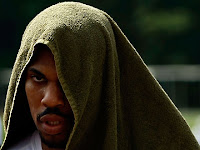 The offensive line was allowed to wither. Thus the running game broke its teeth and overwhelming pressure doomed their passing. The defense (despite being fully loaded with huge free agent stars) failed to produce turnovers or be dominant enough to win games on its own. Special teams were not a priority, and in the balance, lost more games than they won.

Campbell's story, in a rancid nutshell, demonstrates why Washington has become a punchline* in the NFL. Combine a kamikaze infatuation with big-name players past their prime, a revolving door of coaches, a singular disregard for team chemistry and an ignorance of a football team's foundation (i.e. the offensive line), the result is a culture of losing and a perception around the league that Washington is merely a place to get paid before moving on to a true contender.

Thanks to Snyder's incompetence and impatience, Campbell's career was stillborn; trading him to Oakland is like punching a dead fetus in the face.

As for Jason Campbell, his years of steadfast play have been rewarded. Not with a gold watch, but rather with a shit sandwich, extra mayo. 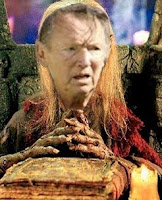 Sad to say, his prospects under Al Davis might be better than they were under Dan "Never Again" Snyder. That fact alone tells the whole story.

* best of the bunch:

A: They play dead at home and get killed on the road
Posted by Andrew Wice at 2:13 PM

Email ThisBlogThis!Share to TwitterShare to FacebookShare to Pinterest
Labels: Jason Campbell, Oakland Raiders Really Suck, the washington football team, why does this keep happening to my favorite team?