OK, so let's get this out of the way--it is a little surprising that Colt McCoy and Jimmy Clausen are both available, and that Tim Tebow is off the board.  I have my issues with Tim Tebow, mainly because I think he's a Stepford Wife-like, ignorant 100 CE Era Christian QB.

But Denver has a plan, yeah?  I see a 3-way battle for QB.  Remember two years ago, when this team had a young gunner and a young badass Wide Receiver?  I think Josh McDaniels is trying to hard to prove that Hard Workers can make a winning team.  Guess what?  They can't.  Hard work ain't near enough.  Hey Denver, you had super talented whiny babies out there winning at least 10 games!   Cutler and Marshall should have been the a locked in combo for a decade, and now Denver fans get Orton/Quinn/Tebow and Eddie Royal/Stoakley.  Good luck with that!   I put the over/under of the Josh McDaniels regime at 2012.

The Drunken Savages did their job, drafting a skilled, rife with potential OT.

I'm going to address the Vikings in a separate post, mainly because I don't get Chris Berman's take on the Vikings.  So let's just address the fact that the Packers are doing a great job of drafting guys who look like they were born to be Packers.  There was AJ Hawk, of course.  And this year?  Bryan Bulaga?  He's from Iowa?  Really? 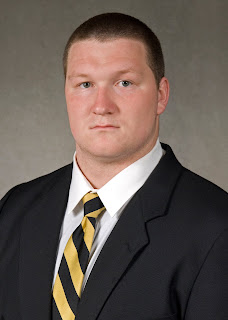