Although originally from Deadspin, and mentioned briefly on this site, the tale of the Phillies fan who used his own vomit to express derision is simply too ... chunky ... to flush away. 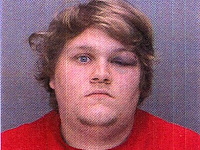 To rehash, an unruly fan at a Phillies game was upset to witness fellow fans getting tossed for merely swearing and spitting on an 11 year old girl.

To protest this injustice, Mr. Matthew Clemmens snuck up behind the girl and ... well let's let her father Mr. Vangelo explain it:

"He leaned forward, he projectile vomited all over me and my daughter," Vangelo said with a look of hurt splashed across his face.

As a means of social protest, puking has an unrecognized history. Few people know that Gandhi advocated vomit as a cornerstone of nonviolent resistance. Unfortunately, he tried to implement this after his hunger strike, and the effect was muted.

I predict that the Protest Puke will be added to the arsenal of those who dare speak truth to power. Mr. Clemmens, you will forever personify the Philly fan. You shall be enthroned in the pantheon of athletic supporters. 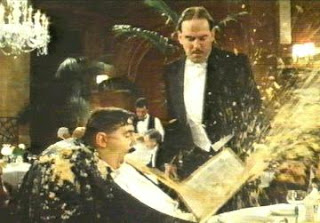 Better get a bucket.
Posted by Andrew Wice at 9:31 AM

Email ThisBlogThis!Share to TwitterShare to FacebookShare to Pinterest
Labels: phillies