After QB Delhomme's blowout in the 2008 playoffs, his Carolina Panthers gave him a new contract with massive guaranteed money.

Delhomme was melting down in a torrent of picks until he was benched. After the worst year of his career, Delhomme was surprisingly released. Surprising, because the Panthers must pay that guaranteed money.

Enter the Cleveland Poo, who are still shuffling through mediocre QBs like the bargain CD bin. Hmm, Jock Jams Vol. 2 for only three bucks?

Delhomme certainly deserves to be in the QB hell that is Cleveland (according to angry ex Derek Anderson, the "fans are ruthless and don't deserve a winner"). But did he deserve a two-year deal that will pay him $7 million this year? 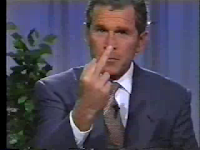 Email ThisBlogThis!Share to TwitterShare to FacebookShare to Pinterest
Labels: boners