Let's Talk the First NFL Game of the Season 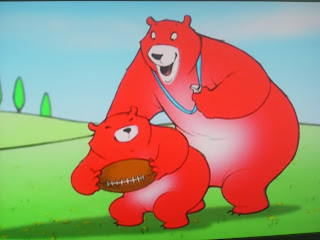 First off, for degenerate gamblers, we posit this:  Vegas' 5 point spread is a gift.  Take it and run.  On which team?  Ha!  We've baited you, and now you have to stick around and find out what we think!

Let me get my biases out there right now.  I hate the fucking Vikings.  As Vikings fans may read this blog, and may ask themselves "Why would anyone hate the Vikings?", my answer is "Because of you, Vikings fans."  I don't have a lot of love in my heart for the Saints, either.  But I'd be lying to you and to myself if I pretended that the Vikings don't occupy a special part in my personal Hall of Hatred.

So that said, let me tell you why I think the Saints will easily beat the 5 point spread that Vegas has given the Vikings.

1. The Saints didn't lose at home until Week 15 last year (when they were 13-0) and had already clinched everything they needed to clinch.  Meanwhile, the Vikings lost four games on the road--to the Steelers, Cardinals, Panthers, and the Bears.  The best team they beat on the road was the Packers.  That's the only playoff team they beat on the road.  (Though they did beat both Detroit and Cleveland and St. Louis--all of them on the road! to start the year).  Home Field means a lot in this match-up, especially given the way the last game these two played.

2.  Favre's lack of snaps.  Favre has played even less this pre-season than he did last year.  He's been hit pretty hard in his few appearances this season.  Will the Saints blitz him?  Yes they will.  Will they get punished the way they were last year, when Favre put up a ton of yardage through 3 1/2 quarters?  Probably not.  Expecting Favre to be as sharp as he was in the NFC Championship is asking an awful lot, seeing as he's barely played.  And is another year older.  And a grandpa.  And coming off of ankle surgery, yet again.

3.  The Viking's lack of secondary.  The Vikings can play well against a ton of teams with their 3 healthy corners, with the best of them being Antione Winfield--who hasn't covered all that well for the past couple of years (but he tackles well!).  There are a lot of teams against which the Vikings could rely upon their Front Seven, and make sure their secondary doesn't get exposed too much.  They do, without a doubt, have one of the best Front Sevens in the NFL.  Not enough here, though.  The Saints regularly trot out 4-5 receivers, and that's before you count great pass catching RB's like Pierre Thomas and Reggie Bush.  Expect a flip of the yardage from last year's NFC Championship in this game.  The Saints have too many weapons for the Vikings defense to cover, and I don't think blitzing will fix that gap of talent. And just to be clear--the Vikings have one of the worst secondaries of supposed Super Bowl contenders out there.

4.  Vikings lack of receivers.  A lot of commentators (Skip Bayliss, for example) argue that Sidney Rice didn't help Brett Favre; Brett Favre made Sidney Rice.  That's retarded.  Sidney Rice suffered for two years with Tavaris Jackson as his QB.  Put Sidney Rice on a team with a real QB, and he'll shine; it didn't, and doesn't need to be Brett Favre.  The idea that Bernard Berrian and Greg Camarillo can step in and fill Sidney Rice's shoes is incredibly stupid, and is a symptom of the league's observers giving too much weight to the QB.  Nothing fills in for a big, tall, fast receiver with good hands, especially short, slow guys with great hands (Camarillo) and short, fast guys with questionable hands (Berrian).  The Vikings will miss Sidney Rice,end of story.  My guess is that the Saints will feel pretty good locking those guys up one on one, and spy very carefully on Percy Harvin, who is the one dangerous element left in the Vikings passing game.

5.  Running Game questions.  A lot of commentators expect the Vikings to return to the power rushing game of Adrian Peterson, and relieve Brett Favre of the work he had to put in last year.  But the Saints (I'm betting) will feature blitzes that either force Peterson to bounce outside before he wants to or force Peterson to pick up pass protection, which is one of the few things that Peterson doesn't do particularly well.

Saints by 5 in New Orleans?  I'd take the Saints to cover if the spread were twice that.
Posted by Big Blue Monkey 2: The Quickening at 11:29 PM

Hard to argue with your points. But just to play devil's advocate ... the Saints could give up a ton of yards to the Vikings, especially in big chunks.

With all of Gregg Williams's blitzing, the Saints can be caught by a breakaway Harvin or Peterson on a screen.

Um ... I'm not sure what else. Superbowl hangover?

I would have been totally right if Hartley could hit a 35 yard FG.

also--less than 72 hours to Cowboys vs. Drunken Savages!