Wiener In The Eye!

It's doubly sad for one KC Royals fan: not only is he a Royals fan, but he's hoping to get rich from taking a wiener in the eye.

Sometime in the 2009 season, the Royals mascot (a lion? why? and he's named "Slugerrr" [sic]) chucked a free hot dog into the crowd. Some Royals fan took it right in the face, and is now claiming a detached retina & cataracts in a $25,000 lawsuit. 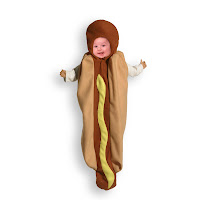 Two thoughts:
1. It's a baseball game, boner. Pay attention! It could have been a line drive (and you can't sue for that).

Now then, taking a wiener in the eye for money ... there's a name for that kind of industry.
Posted by Andrew Wice at 3:27 PM