Target Field Has a Posse of One Kestrel 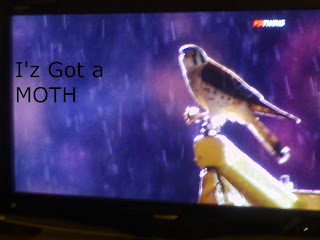 The Kestrel hangs out on the right field foul pole, leading to Bert Blyleven to suggest that it should be named "Poley."  Which is a perfectly fine suggestion, but it sure looks likely that his official name is going to be Kirby the Kestrel, in honor of video game character great Kirby.  Or perhaps, Kirby Puckett.  Presumably, it has noticed that baseball stadium lights are a great hunting ground for moths and shit.  And the camera crews caught in action on Thursday night.  More information about the American Kestrel can be found on the internet.

Posted by Big Blue Monkey 2: The Quickening at 7:55 PM

People sure love that alliteration.

Kestrels are badass, no doubt about it. They can hover!