Trust me, this is going to hurt me worse than it hurts you. My preseason preview offers a dark counterpoint to the final results.

2010 was another abysmal year for the Washington professional football team. The defense plummeted from 10th in yards to 31st, and looked bad doing it. The offense couldn't run or pass protect. Special Teams were not much help. And to round it out, the coaching staff seemed to just absolutely piss on hospitality. 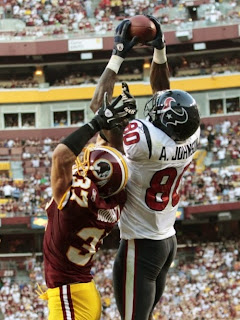 I've made this point ad nauseum, but it bears remembering: DC switched to a 3-4 defense for the first time in its history, for no good reason and with heinous results. My preseason worst case scenario? "That the defense never settles in to play instinctively." BINGO!

While the emphasis on forcing turnovers had positive results early, the team lost that focus and was meanwhile bad at every level. Gaping holes in LB and nickel/dime coverage resulted in tons of big plays and points. The D-line did not do its job.

The QB situation is the most fucked up and hopeless as I can remember, and I've seen some shitty QBs play for the burgundy and gold over the years. The biggest hope for the team is that Shanahan trades down from #10 and gets a bunch of later round picks to stock up on O-linemen. This unit is simply not good enough. The fact that our profound lack of talent at RB and WR is an afterthought underlines the severity of the problem. 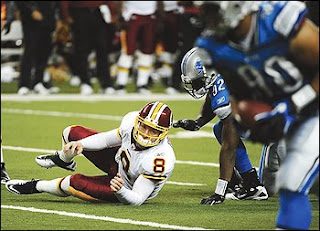 My preseason worst case scenario? "McNabb, running for his life just like Jason Campbell, goes down with an injury and Gross Rexman takes over." BINGO, except for the injury.

Many assholes who are probably right think that DC will pick up some young QB and retain Gross Rexman as a caretaker. Which is a lot like making Jeffrey Dahmer the leader of your asian boy scout troop.

Sad to say, this mediocre unit was the best of the three phases. The coverage units were strong, and the return game had some jolt -- though consistently called back on infuriating penalties.

The punter and kicker were well below average, shanking and spanking at the worst possible times. My preseason worst case scenario? "That special teams remain an afterthought." BINGO!

2009's 4-12 effort was almost unwatchable. 2010's 6-10 performance actually was unwatchable. When Gross Rexman was promoted to starting QB for the rest of the season, I politely washed my hands of this year's DC Skins. 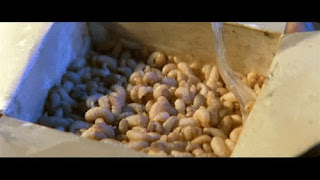 Assuming that we have the NFL in 2011, Shanahan's job looks harder than when he took over. Perhaps this ugliness is necessary, rooting out the maggots from the rice. If this team improves, I will consider it a validation of Shanahan's strong reputation.

But I can definitely see how this team could get worse. And then they'll try to switch the defense back to a 4-3 and just fucking suck for years. With Gross Rexman leading the way (eight turnovers in three games last year!), bad things are possible. BINGO!
Posted by Andrew Wice at 9:53 PM

Email ThisBlogThis!Share to TwitterShare to FacebookShare to Pinterest
Labels: troll 2

Just gonna stand there and watch it burn... that's alright because you like the way it hurts....

Good luck with Stafford and his exploding shoulders. New and improved, with MORE scar tissue!

And to make one final point about the DC Skins defense ... worst ranking in yardage since 1954.