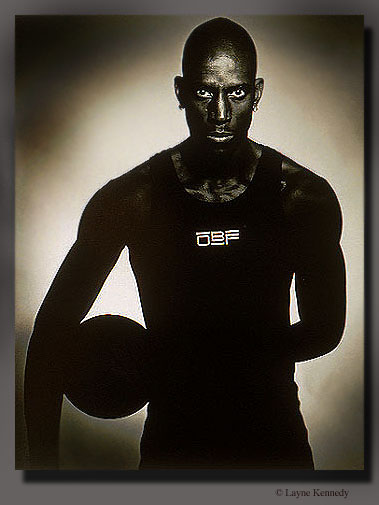 Doc Rivers sucks (and should be fired immediately!), Ray Allen is now only (potentially) a good role player, and Paul Pierce hasn't stepped it up like he should. But the take home story about this post season is that Kevin Garnett is NOT a superstar, let alone a transcendent all time great. For years now, the popular narrative has been that Kevin McHale was simply too incompetent to put quality talent around the 'Big Ticket' and that he is the reason is that KG wasn't able to succeed in the playoffs. However anyone who has watched this playoffs thus far can't deny that no matter how many times KG headbutts the goalpost, or how many times he bellows loudly at his teammates, he isn't up to stopping the unstoppable. Namely the Atlanta Hawks. Yes, the same Hawks that are the worst playoff team in the NBA, and a team that won less than 40 games this season. Go ahead 'ticket'... tell me about how important it is to play a team game... go ahead, tell me about how you just need to stay 'within' yourself.

All you need is a team around you... right?

Maybe being expected to be in the prohibitively tough Western Conference was a little too much to ask... right?

Cousin Brenda, cousin Brenda... whats it like to win in the playoffs?

Are you a goddamn $150 million role player? Or can you win a game, or (gasp!) a series, if its not a convenient fit to your style of play?

On the other hand, we'll always appreciate your intensity in pre-season games or as portrayed in one of those human interest pieces in Slam! magazine. Do you really want to win a game of bingo that much?!? That shit is dope.
Posted by Jerious Norwood at 9:01 PM

I take it the Celtics lost tonight?

Fellow readers, it should be noted that rarely seen blogger Jerious Norwood is a huge Celtics fan, and his angry outburst here may have something to do with the result tonight.

I haven't actually seen the game, but I would wager that Norwood isn't just being reactionary, though. Garnett can be a little withdrawn in big games.

KG must have been motivated by my post. Regardless, I hope the C's and particularly Paul Pierce now realize whose team it needs to be when it comes down to it. KG's growling and punching teammates in the chest is great as long he's playing next to bigtime player, who doesn't whither in crunch time. Mr. Pierce its on you.

take back any of your comments now?

I'm exceptionally happy to eat my words on this one. Though the idea that KG would not have one if he's the #1 star on a team has been born out. This was Paul Pierce's playoffs. That said, nobody is happier for KG than me. Do it again next year, big man! And now insipid cunts like me won't be able to take pot shots at you (at least as often).

God, even Doc Rivers has been vindicated.