Not entirely true. But the lockout is temporarily over until the owners get a temporary stay from the federal court's decision. Rather than re-hash the upcoming appeal battle, read this clear and concise explanation.

At this moment, there is a window of a few dozen hours wherein players could meet with coaches and teams could negotiate trades and contracts. However, there is no CBA in place, and it is unlikely any teams will act while the situation remains volatile. If further rulings support the players, both sides will still need to agree on a CBA.

The owners still want more money. That is the real fight, and the battleground remains empty. Pro football is still in peril. 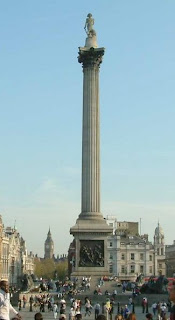 But this was the first step necessary for football's return. If the journey proves fruitful, and I am able to write about the anguish for my team and my disdain for yours during the 2011 season, we will have the federal court system to thank.

If football comes back, Judge Susan Nelson ought to be remembered with a large statue in a public square.

Yeah, something like that.
Posted by Andrew Wice at 12:46 AM

Teams aren't letting players work out at their facilities, which just looks stupid. Wednesday by 6pm we should know what the next step is. If the team continues the de facto lockout despite the injunction they run the risk of bolstering the anti-trust lawsuit.