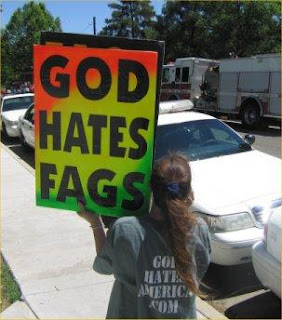 Tony Dungy says, "I'm on the Lord's side."
If he has any proof, I'd love to see it. If there's no proof, then he's a big fucking asshole. This is the same fucking psycho mentality which has plagued humanity from the beginning: some asshole thinks that he knows God's will. See: persecution, history of. You know who else thinks he knows God's Will? George W. Bush and Osama bin Laden.

Regarding Mike Vick's dog-fighting lifestyle, Dungy regrets that he didn't take Vick fishing and allow Vick to absorb the celestial grace flowing from Dungy's tackle box: "If we had eight hours on the boat, maybe I would've found out about it. Maybe everything would have turned out differently. Maybe it all would've been different."
Yeah, if only your humility hadn't prevented you from saving Vick from the (gay?) Devil.

When asked by Bob Costas about having a gay player on his team, Dungy paused for an uncomfortably long time, crossed his arms. And finally said, "I'm sure I would talk to him about my views on it, what the Bible says about it."
What the Bible says is that gayness bad. Like, really bad. Really, really bad. Almost the worst possible thing. The Bible also says that working on the Sabbath shall be punishable by death (Exodus 35:2). Just checking ... when do they play pro football games? But I guess that's something you can take or leave, as long as you know God's will.

Tony Dungy fucking hates cuss words, such as those which flow from Rex Ryan on Hard Knocks: "I have not watched it. I've gotten the reports. I'm disappointed with all the profanity."
Judging something you've never seen? Priceless. What's really choice is that he says his bumboy Roger Gooddell should take a look into the matter of all those fucking cuss words. 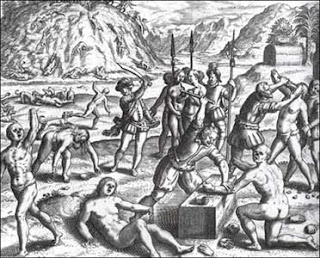 So God's sidekick Dungy will lobby the league on behalf of dog-fighters and against speakers of profanity. What, is he running for political office in the Spanish Inquisition?

Faith? His Faith is a selective reading from bits of his Bible ... you know, only the bits that allow him to judge and condemn other people. Family? I don't see how the results of his family authority could be considered felicitous.

Prior to last year's Saints-Colts Superbowl, Tony Dungy says, "[Manning] is going to have those rings Sunday night. I don't think it's going to be close."
Wrong, you fucking asshole. Perhaps Dungy is wrong about other things as well?
Posted by Andrew Wice at 10:16 AM

Email ThisBlogThis!Share to TwitterShare to FacebookShare to Pinterest
Labels: Hypocrisy

Thank you, sir. I was thinking about how to write something similar, but I'm glad you and your penchant for the hammer got there first.

I'd buy you flowers for this wonderful piece, if only I knew your birthday.

I checked in to check out your latest dissembling on the state of the Racebaiters. Instead I was treated to this lovely piece. Well done.