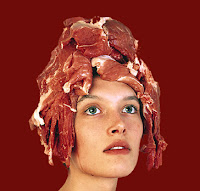 NFC East
New York Giants are the defending champs, once again victimizing the Pats after a hot playoff run. Most players return for a pass-and-sack team oddly allergic to the run.

Philadelphia Eagles have plenty of talent and hype. While the former makes them dangerous, the latter will once again doom them. They aren't ready for when Vick gets injured.

Dallas Cowboys lost pieces of their still-explosive O and their D-backs are a weakness. They are no longer built to fight shoot-outs, and lack the character to win when it matters.

Washington Redskins are under-talented to compete in this division. They again failed to improve a moribund O-line and fans pray that RG3 survives this year. The D will be able to apply a lot of pressure, but remain vulnerable to big plays through the air.

NFC North
Green Bay Packers have a lot to prove. The pass-only offense thrives during the regular season, but that pass defense gambles way too much. They are in danger of peaking too early again.

Chicago Bears will rely on talented but cretinous skill players. The O-line is a sore spot. The paint is really chipping off the defense, but they can still stuff the run.

Detroit Lions have heaping bushels of talent but are poisoned by dishonor at every level. They have absolutely no running game and the play-making defense lacks focus and poise.

Minnesota Vikings simply don't have the D-backs to compete in this division. Their O-line is a strength, but question marks at skill positions neuter the team. The D gets sacks in bunches.

NFC South
Atlanta Falcons are in win-now mode. They are balanced on both sides of the ball, but hard questions await them in the playoffs. Will this be the year they can finally answer them?

New Orleans Saints suffer from the bounty trauma, which distracts from real problems on a lackluster defense. The offense, meanwhile, will be unstoppable.

Carolina Panthers have an exciting young QB and juggernaut running game. But the defense is well behind in development, and needs a major infusion of talent. Next year?

Tampa Bay Buccaneers quit after week 6 last year, and were giving up over 40 ppg by season's end. First time pro Coach Schiano must overhaul this team before they move forward.

NFC West
San Francisco 49ers hope a good offense and a great defense are enough for a deep playoff push. With a very gelatinous mid-season schedule, they should nab the #1 seed. But are they still relying on QB Smith? 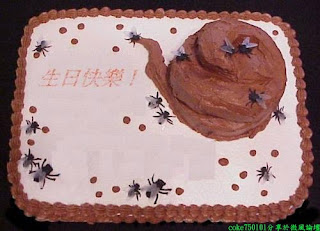 Seattle Seahawks are not a very good team, and never will be under Coach Carroll. In any other division, they would be a doormat.

Arizona Cardinals got hot at the end of 2011, but it is wrong to assume this will carry into the new season. They are a dog turd powdered with confectioner's sugar.

St. Louis Rams are again rebuilding, and lack talent at every level. New Coach Fisher might have them turned around in a year or two, but at the moment they are a dog turd which hasn't been powdered with confectioner's sugar.

Check back soon for the DC Skins preview and the launch of the 2012 IDYFT Pick'em.

And please visit my new website for free chapters of my new novel, the Object: AndrewWice.com.

Email ThisBlogThis!Share to TwitterShare to FacebookShare to Pinterest
Labels: nfl 2012

hahahahaha oh my God!!!! what kind of twisted cake is that??? this is the first one I see and I totally dislike it ewwww!