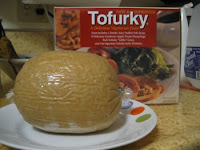 "Quarterback play that showed brief flashes before bad decisions and turnovers at the worst possible time."

"Yet another injury to the already-crippled offensive line."

"The defense was stout through most of the game, but looked exhausted while giving away the lead at game's end."

"After a strong game by special teams, the field goal kicker blew the game-winner."

Rather than coerce these sentences back into the paragraphs, I'll let them define the OT loss to the Cowboys. Furthermore, these objections summarize this season, and last season, and every season since the 1992 Superbowl.

For years, people have written that the DC Skins lack an identity. I submit that their identity, brown-roasted by many hardship years, is apparent. Q.E.D.

Final point: I previously pointed out that DC's rush attempts were dead last in the league. Against Dallas, RBs had 19 carries whilst 41 passes were attemped. Happy Thanksgiving anyway!
Posted by Andrew Wice at 2:33 PM