Jim Souhan's April 18th column in the Star Tribune generated a lot of heat without a whole lot of light. Most blatantly, perhaps, was the mischaracterization at its heart (indeed, if such a cyncially wayward piece of writing could be said to have one) that Representative Dean Urdahl was showing the cognitive powers of a Kardashian in asking a baseline question about stadium financing. Souhan, in case you aren't up on your reality TV references, made sure his point was made by calling Rep. Urdahl "shallow." Which would be fine, I suppose, if it had been at all accurate. Representative Urdahl's response does a better job explaining just how off the mark and lazy Souhan's column was than I could. It is a sign of the times that just about every sports columnist in the Cities is willing to vilify a state representative who is, for all intents and purposes, working towards a new stadium, based on one sentence quoted somewhat out of context.

I'm hoping to write in length about the work of our sports columnists in a larger piece this weekend. For now, I want to get at something that I have seen presented in a number of ways. Let's use the salient quote from Souhan's woe-begotten column, though:

"A new Vikings stadium would, like Target Field, become a destination, another bragging point for Minnesota residents and job recruiters." **

This is almost always mentioned in arguments for why the Vikings are worth many hundreds of millions of dollars in public financing. Dan Barreiro on KFAN mentions it almost daily and he did again today. He uses (somewhat grudgingly) the words "cultural impact", and without much hint of embarrassment, the word "intangibles". "Cultural impact" for my money, should be reserved for museums and playhouses, and places that don't threaten to leave because they can make more money elsewhere. The Walker Art Center has never said, "If you love Spoonbridge and Cherry, and don't want to see it in Disneyland getting humped by an animatronic Sulley from 'Monsters, Inc', give us more money." And believe me, people would pay money to see that. 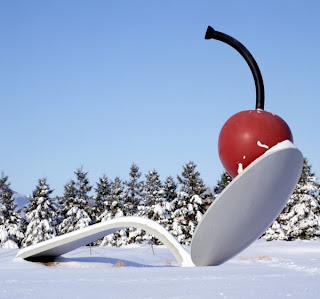 "Intangibles" is a word used in sports journalism when no one can really figure out why a player or an idea is any better than another player or idea. In that sense, it is totally apt. Why is important to spend over a half-billion dollars of public money on a professional sports stadium? "I can't really explain why, but the reason is there...it's like why Tim Tebow will be a great NFL QB, even though he can't throw...INTANGIBLES."

We, as the Twin Cities, the implication goes, need The Vikings in order to stay as great of metropolitan region as we are. Maybe so, I suppose, but it feels like a bit of self-loathing to me. Minnesota, employment-wise, managed the Great Recession as well as any state did, and has bounced back as quick as any state has. Minnesota is a solid 2.5% below the national average in unemployment, and a lot of those places have NFL teams, too. Shockingly, when people go looking for jobs, whether or not a city has a NFL team isn't their #1 deciding factor (otherwise, there would only be 32 major cities in the nation, and Green Bay would dwarf Los Angeles and Portland and Las Vegas).

The Twin Cities, whether the folks who packed the Metrodome to watch terrible football last year (and will again this year) care to admit this or not, will be just fine without the Vikings. The Cities will still have the NHL, the NBA, and MLB. I'm not rooting for the Vikings to leave and I don't think the Cities will be better without them, but let's be clear--the Twin Cities don't need the Vikings to recruit talented people to come work here. And let me also be clear--if the State of Minnesota can find over 400 million dollars, and the City of Minneapolis can find $150 million, they have bigger funding priorities that are more important to keeping both Minnesota and Minneapolis viable as a destination for the best and brightest in the nation than a funding a Jerry Jones-like monument to NFL excess.

The Chicken Littles calling into KFAN or 1500 ESPN keep fixating on a strange number for football fans to fixate on--metropolitan market size. "Holy poops," they yell (I paraphrase), "Los Angeles is the #2 or #3 metropolitan market, depending on how you measure it, and the Twin Cities are only #15! We can't compete with that." Hey, Twin Cities, #15 is really damn good, especially when you consider that if you head west from the Twin Cities, you don't hit another metropolitan region our size until you hit the West Coast. Be cool, Twin Cities, be cool. You don't have to be faster than the bear, as the old joke goes.

In my health classes in middle school, we were tasked with writing the letters IALAC on a piece of paper. After we had done so, were told that IALAC stood for "I am Lovable and Capable", and that the way we wrote those letters on a piece of paper--small in the corner? large, taking up the whole sheet? said a lot about how we perceived our individual selves. It stank like bullshit at the time, and it still does. But I've found it to be a helpful shorthand, when I need to reference emotional health in a way that no one else will understand. Well, now you know what I mean when I say that the Minnesota Sportswriter wants the Minnesota (particularly the Minneapolis) taxpayer to have a tiny, tiny IALAC. 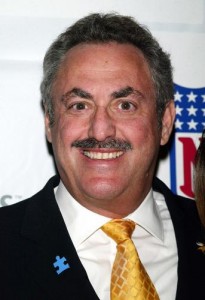 A common refrain amongst the sports columnists and radio guys who are frustrated about the lack of stadium progress, and the apparent deluge of anti-stadium opinions they are receiving is to say, "Let's be grown-ups about this." Yes, let's. Let's be grown-ups, and recognize that we are not some poor girl with low self-esteem at the Senior Prom. We don't have to do dirty things with those dudes with weird moustaches to be appreciated. We are lovable and capable! Maybe we are lucky to have the Vikings, but the Vikings are also lucky to have the Twin Cities.

**Don't be surprised if this quote reappears in another piece I'd like to write--Target Field, the false equivalency.
Posted by Big Blue Monkey 2: The Quickening at 9:11 PM

oh I have not read that Jim Souhan's column, I will go now to that page and check it out, thank you so much! it sounds very interesting :D